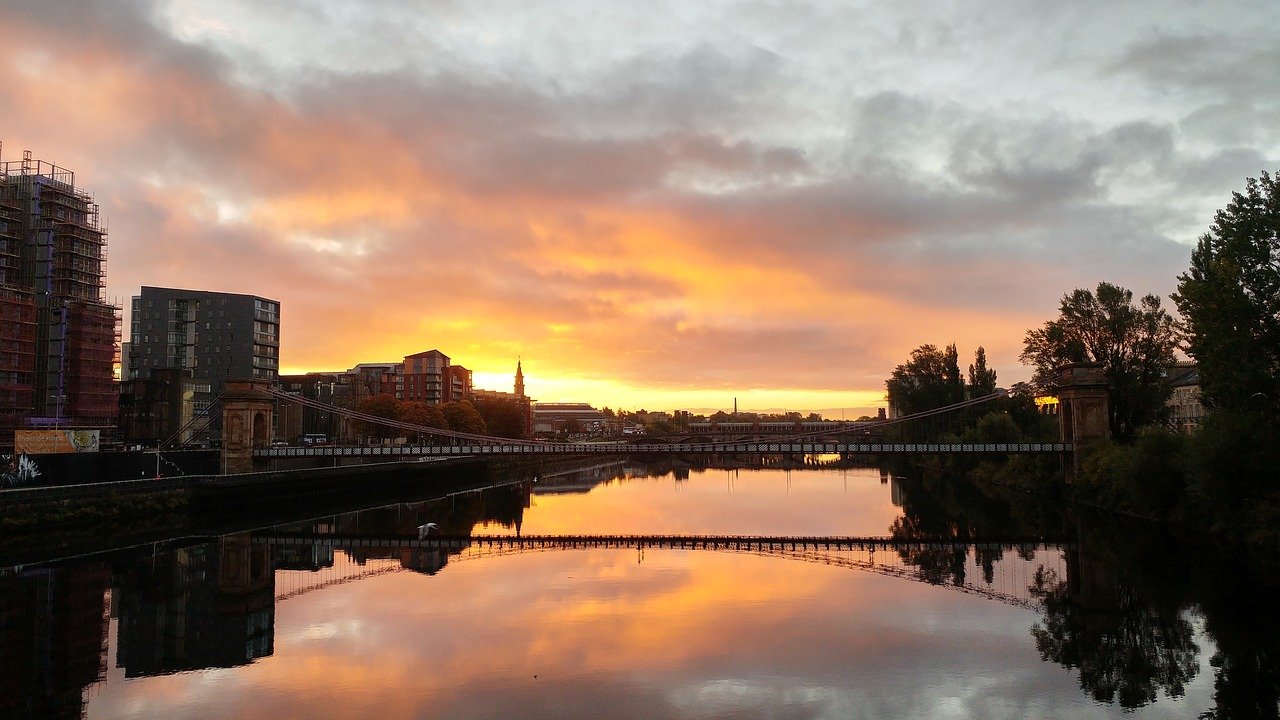 New independent research published this week by Greenspace Scotland reveals how the rivers flowing through towns and cities and the greenspaces between buildings can act as vital low carbon heat sources, and help Scotland achieve its climate targets.

The Green Heat in Greenspace study shows that through the use of heat pump technologies, rivers and greenspaces can act as major low carbon heat generators with the potential to supply nearly 80% (41 TWh) of the heat demand from Scotland’s towns and cities, saving 4.7 million tonnes CO2e – the carbon saving equivalent of taking 1.7 million cars (or 60% of Scotland’s car fleet) off the road for a year.

Speaking on the publication of the report, Julie Procter, Chief Executive of Greenspace Scotland said:

“Wind turbines are now a familiar sight producing clean, green electricity. Scotland has an enviable track record in shifting to renewable sources of electricity. However, we remain bottom of the European league table for renewable heat with just 7% of our heat demand being met from low carbon sources.

“The Green Heat in Greenspaces study shows that Scotland has huge natural reserves of heat locked up in its water bodies and under its greenspaces yet we have barely scratched the surface in terms of their utilisation.”

Around half of the energy in Scotland is used for heating buildings, creating a fifth (21%) of Scotland’s greenhouse gas emissions, the majority of which is from burning natural gas supplied by the mains grid. The International Energy Agency (IEA) has recently recommended that to meet our climate goals no new fossil fuel boilers should be sold from 2025 (see here). As part of its research into the options available to reduce the nation’s dependency on fossil fuels, the Scottish Government has indicated that by 2030 one million homes and 50,000 non-domestic buildings need to move off the mains gas grid, alongside converting 167,000 buildings that are currently off the mains gas grid to greener sources of heat.

Heat pumps are being seen as the primary technology for meeting this challenge. By extracting heat from air, water or the ground and concentrating it through a process that compresses refrigerant gases into a small volume, small increases in temperature can be used to boost the heat of water significantly before transferring the heat to a single building or, alternatively, to hundreds of buildings. The latter requires a system of interconnected, sub-surface water pipes known as a district heat network.

The properties of water make it an effective medium for storing and releasing heat, with river catchment areas acting as giant solar heat collectors, concentrating water-borne thermal energy into their river channels. As these ‘heat highways’ pass through urban centres, heat pumps located within energy centres, on the banks of rivers, are able to extract heat from the river water through submerged pipes. In Scotland the best example is the recently operational scheme at Queens Quay in West Dunbartonshire where heat is being extracted from the River Clyde and delivered to a wide range of new buildings on the site of what was once the John Brown Shipyard.

Indications are that up to 50% of current heat demand from Scotland’s 516 urban settlements could potentially be delivered from rivers, with significantly higher percentages for some towns and cities. While cities like Perth, Aberdeen, Stirling and Inverness are all ideal candidates for major river based heat schemes, it is Glasgow that could see the greatest benefit, possessing one fifth of the total demand from all of Scotland’s settlements. As the host city for the 2021 UN Climate Conference, COP26, it can lead the way in demonstrating the huge potential of river source heat for Scotland and the UK.

“We been heavily involved as a partner in the Green Heat in Greenspace programme to explore how our green and blue spaces could be used to support renewable energy opportunities. We recognise the huge, untapped potential to utilise these assets to address our climate and energy challenges without having a negative impact on current users. Glasgow owes much of its industrial pre-eminence to its location on the Clyde and it is a resource that keeps on giving.

As the world’s attention focuses on Glasgow for COP26 over the coming months, innovative low-carbon heat solutions like this demonstrate how the city can address its 21st Century challenges.”

The city of Perth, with its ambition to become the most sustainable small city in Europe, also offers major potential to utilise the River Tay for its heat supply. The heat capacity of the Tay is many times greater than the annual heat demand from the homes and businesses of Perth. If this ‘spare capacity’ could be utilised then Perth could, at least from a heat perspective, offer the enviable appeal of being able to grow sustainably.

“A key aim of this project was to quantify the potential of larger scale heat pump solutions utilising ground source and water source heat. The project has, for the first time, highlighted the true scale of contribution that Scotland’s green and blue spaces can make towards our low carbon heat transition. These are critical low carbon heat assets that need to be incorporated into strategic energy masterplans.”

“While it isn’t yet mainstream in the UK to think of rivers and green spaces as places which can provide the energy we need to keep warm, other countries are further ahead. If we are to have any chance of meeting our climate change targets, the days of burning fuel to produce heat must largely come to an end.

“This new report shows one of the paths we need to follow if we’re to decarbonise heat – a sector which makes up half of the energy we use in Scotland.

“Its findings are important especially in light of the new Heat Networks (Scotland) Act, which was passed earlier this year. Devices like water source heat pumps will be a crucial part of the mix needed to fulfill its, and our, ambitions for heat in Scotland as we move past COP26 toward our net-zero target.”

To read the report in full please visit here.

How are Farmers reducing emissions and increasing carbon capture?

Are solar panels still worth it?