Wind turbines back on the agenda for English farmers and landowners? 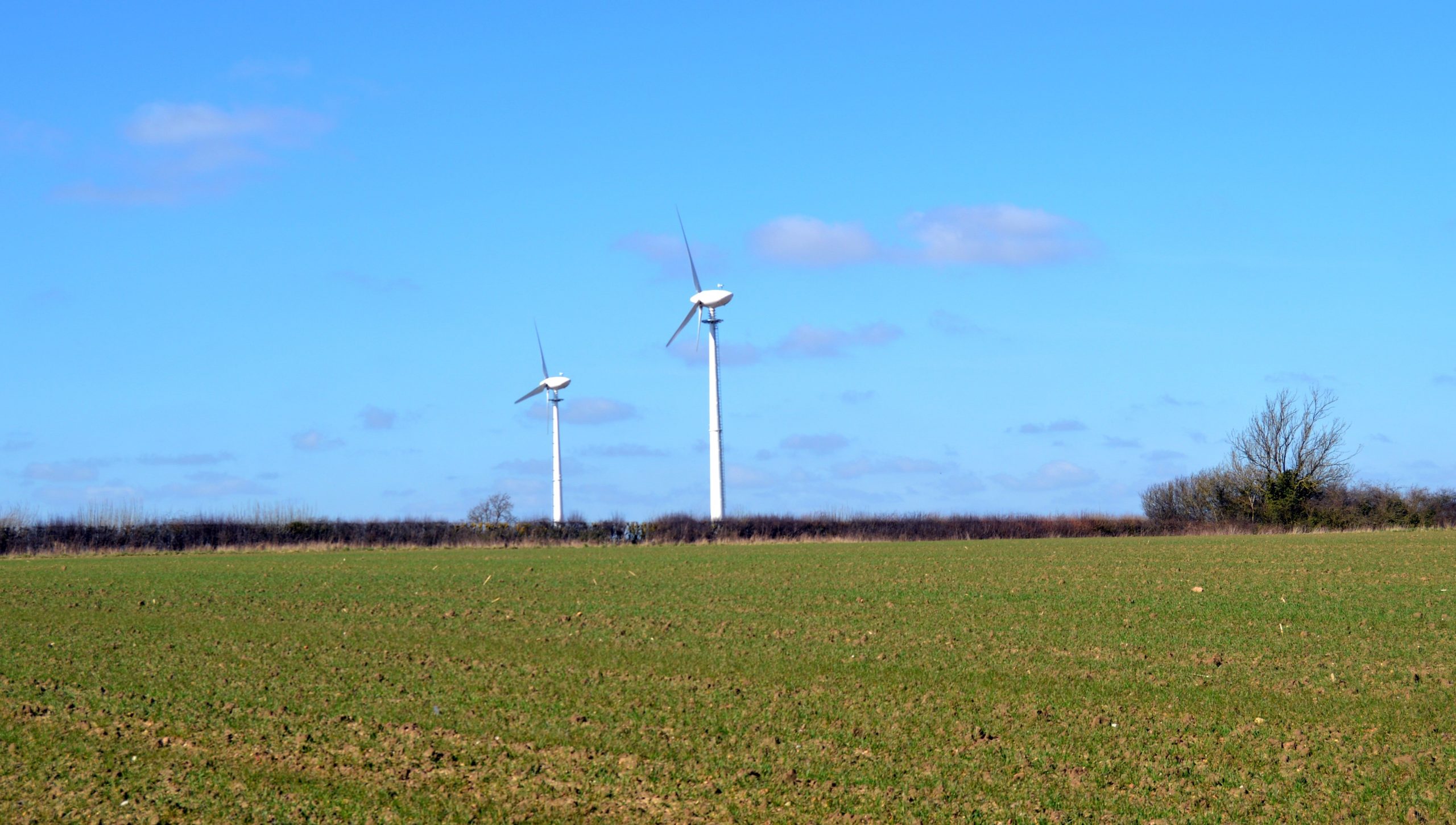 Farmers and landowners in England who have previously been advised that wind turbines are not a viable diversification option are now being encouraged to reconsider their potential.

It is expected that a policy change could mean onshore wind will soon be able to again compete for government-backed contracts, with the energy source likely to be seen as playing an important role in the UK’s efforts to achieve carbon net zero status.

This is the view of Martin Williams, Associate at Carter Jonas, who said:

“At the moment onshore wind schemes will be refused planning permission if they receive local objection. Developers haven’t been prepared to take that risk, so since 2015, onshore wind has all but ceased in England.

“The government’s White Paper for Energy also doesn’t mention onshore wind – a significant oversight considering it is one of the easiest and cheapest forms of renewable energy to deploy. However, we understand the Prime Minister is starting to reconsider its potential as the government strives to achieve net zero by 2050.

“Scotland and Wales are both reaching saturation point as developers look for large areas to accommodate turbines to operate subsidy-free schemes. There are several areas in England where onshore wind developments would be a viable option too, and a policy change would open these areas up for development.”

This expected change of course from decision-makers in Westminster could prove the catalyst for wider adoption of onshore wind, with developers beginning to approach the owners of potential sites again.

“Existing policies dictate that a developer must site turbines in a location that has been identified as part of the local or neighbourhood plan as well as having community support, and a move away from this to a more open approach – as seen in Scotland and Wales – would allow for more deployment of turbines in England,” Martin said.

“Onshore wind won’t be suitable for every location; standard turbines are now more than 150m tall, with sites coming forward in Scotland and Wales at over 200m to the tip, so they will be best suited to sites in northern England where its openness and rural landscape is best suited to this sort of development and allow for schemes to be screened by the rolling landscape.

“With this proposed change in policy, it’s likely we are now going to see more developers approaching landowners to secure their land for a potential development.”

There are other practical considerations for farmers and estate owners to bear in mind. A good grid connection is always a necessity for any energy scheme. Access is key, but can now be overcome with the use of specialist equipment, and there are other various limitations on potential locations. Applications in Areas of Outstanding Natural Beauty will struggle to secure planning consent and a buffer zone from nearby residential properties is necessary as well as a high average wind speed.

The popular Feed-in Tariff scheme closed to new applicants in 2019, therefore developers will focus on large developments that can generate a profit subsidy-free.

“The fact that developers are starting to approach landowners again backs up our belief that a policy change is on the horizon,” said Martin.

“If farmers and landowners have previously written off wind turbines as a diversification option, it would be worth reviewing their position and taking advice. We are aware of developers proactively contacting landowners with a view to earmarking sites and it is important that anyone who is approach knows where they stand.”

More information on Carter Jonas, including their contact details, can be found here.