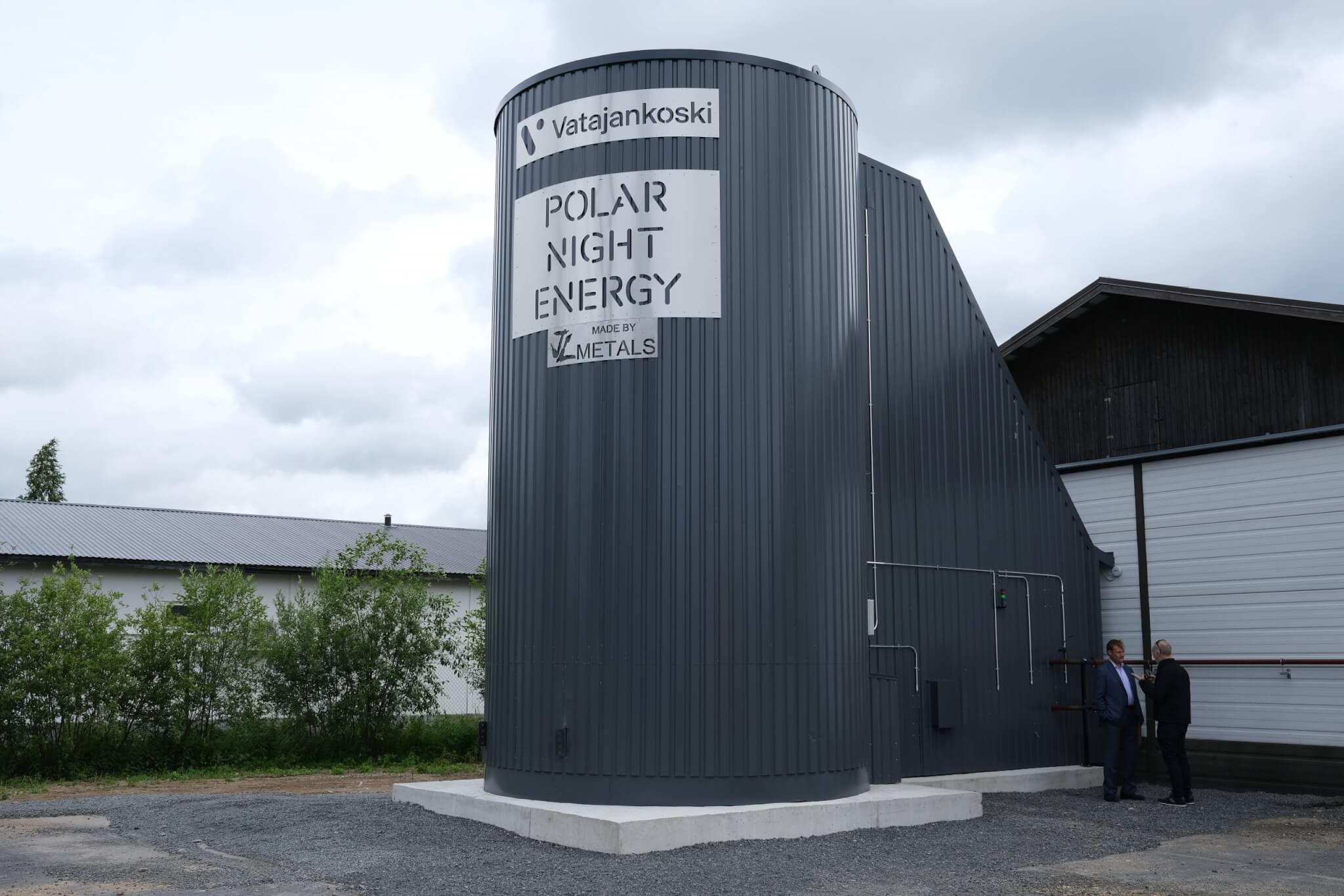 A sand-based energy storage system has been developed by engineers in Finland, with the ability to store renewable power as heat for months at a time.

The 7 meters tall ‘sand battery’ (pictured above) contains an automated heat storage system and 100 tonnes of sand. It has 100kW of heating power and 8MWh of energy capacity. Renewable power generated by wind turbines and solar panels is passed through heating elements, vibrating particles and causing them to heat up, in a process called ‘resistive heating’. The hot air generated by these heating elements is circulated through a series of pipes in the sand, where it is stored at around 500°C and used to heat homes via a district heating system when required. As the melting point of sand is over 1000°C it has the ability to provide a viable long-term energy storage solution.

Markku Ylönen, the co-Founder of Polar Night Energy, the company behind the technology, said:

“This innovation is a part of the smart and green energy transition. Heat storage can significantly help to increase intermittent renewables in the electrical grid. At the same time we can prime the waste heat to usable level to heat a city. This is a logical step towards combustion-free heat production.”

Effective energy storage technologies are see as an essential piece of the global energy decarbonisation puzzle, allowing energy produced by renewable energy systems to be stored and used when required and negating the problem of intermittency.

Lithium is widely used in batteries across the world, but due to demand and its finite nature, alternatives are being sought, such as algae and now sand, to allow the transition to a clean energy society to take place in the time frame necessary to mitigate the worst effects of climate change.

Having received funding from the council, the two company founders (Markku Ylönen and Tommi Eronen – pictured above) installed the battery at the Vatajankoski power plant in Kankaanpää, Western Finland, where it came online in May 2022. The next tasks will be scaling the technology to meet global demand, in line with the ever growing amount of renewable energy being generated, and retrieving electricity from the battery, as well as heat.

More information on the ‘sand battery’ and its use as an energy storage technology can be found on Polar Night Energy’s website.