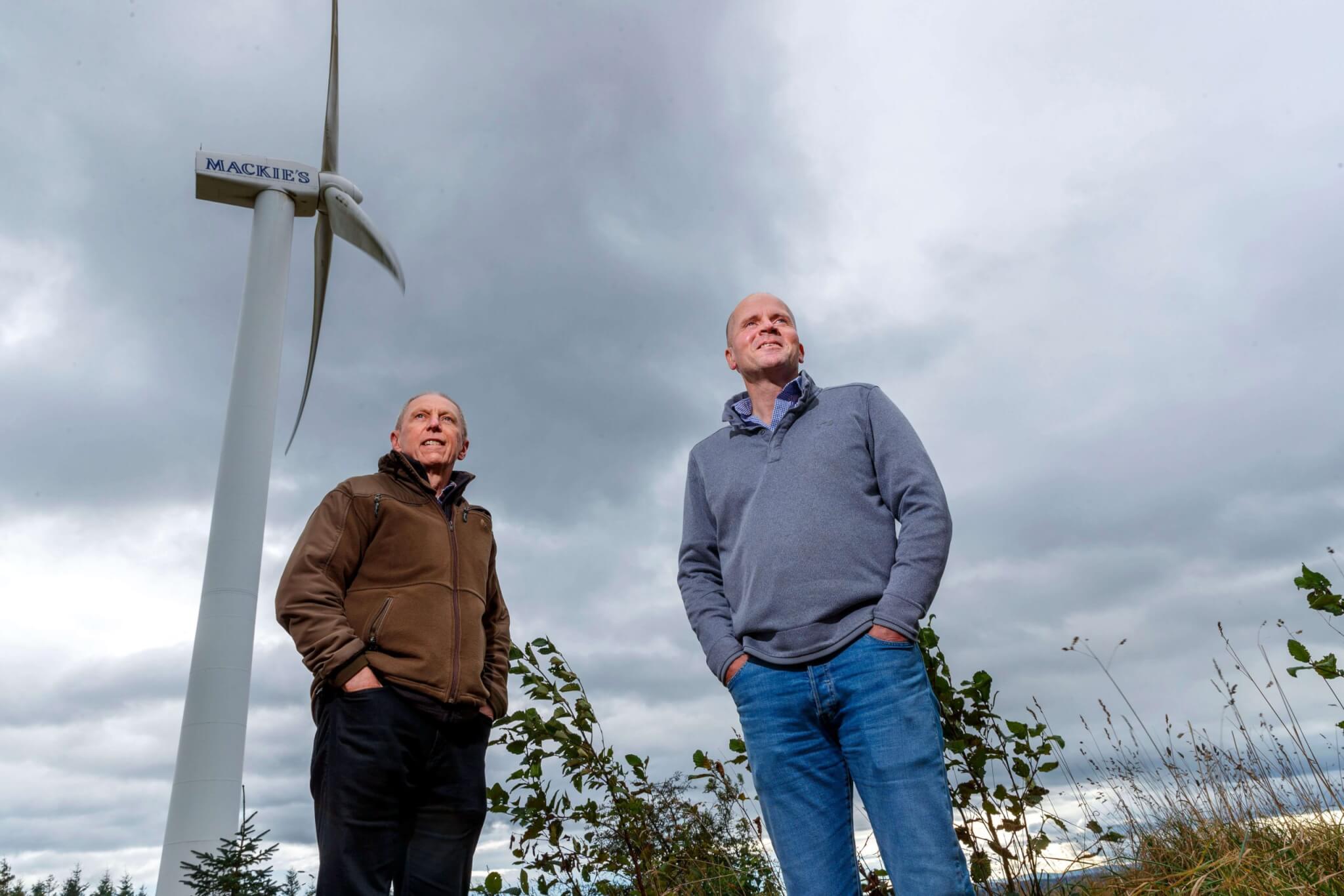 Dairy farmers and ice cream makers Mackie’s of Scotland have seen three of their original wind turbines generate more than 100GW hours of renewable power, reportedly enough to supply 2,500 homes with electricity for 10 years, or drive an electric vehicle around the world more than 14,000 times.

The climate positive family business produces ice cream with over 70% renewable energy, exports 4.5 times as much energy to the grid as they use (from the grid), and is currently installing a £4.5m low carbon refrigeration system, aiming to cut the farm’s energy use by up to 80%.

Renewable energy engineer and lecturer at the University of Edinburgh, Colin Anderson said:

“This is a tremendous feat for Mackie’s and certainly stands as one of the most influential accomplishments in renewable energy production by a private business.

“Mackie’s has been a trailblazer in renewable energy production, becoming one of the first companies to install its own wind turbine in the 1980’s. It now has the capabilities to harness wind and solar energy, as well as biomass.

“More and more businesses are looking at ways in which they can produce their own renewable energy following the template set by Mackie’s.

“Scotland’s potential for renewable energy is one of the greatest in Europe, and through developing these technologies our nation’s dependence on fossil fuel-based electricity can be reduced.”

“We are continuing to invest in new methods which will increase our renewable potential and cut down our carbon footprint.

“Reaching 100 million kWh is a significant landmark for the farm and we are looking forward to hitting the 200 million mark in the years to come.”