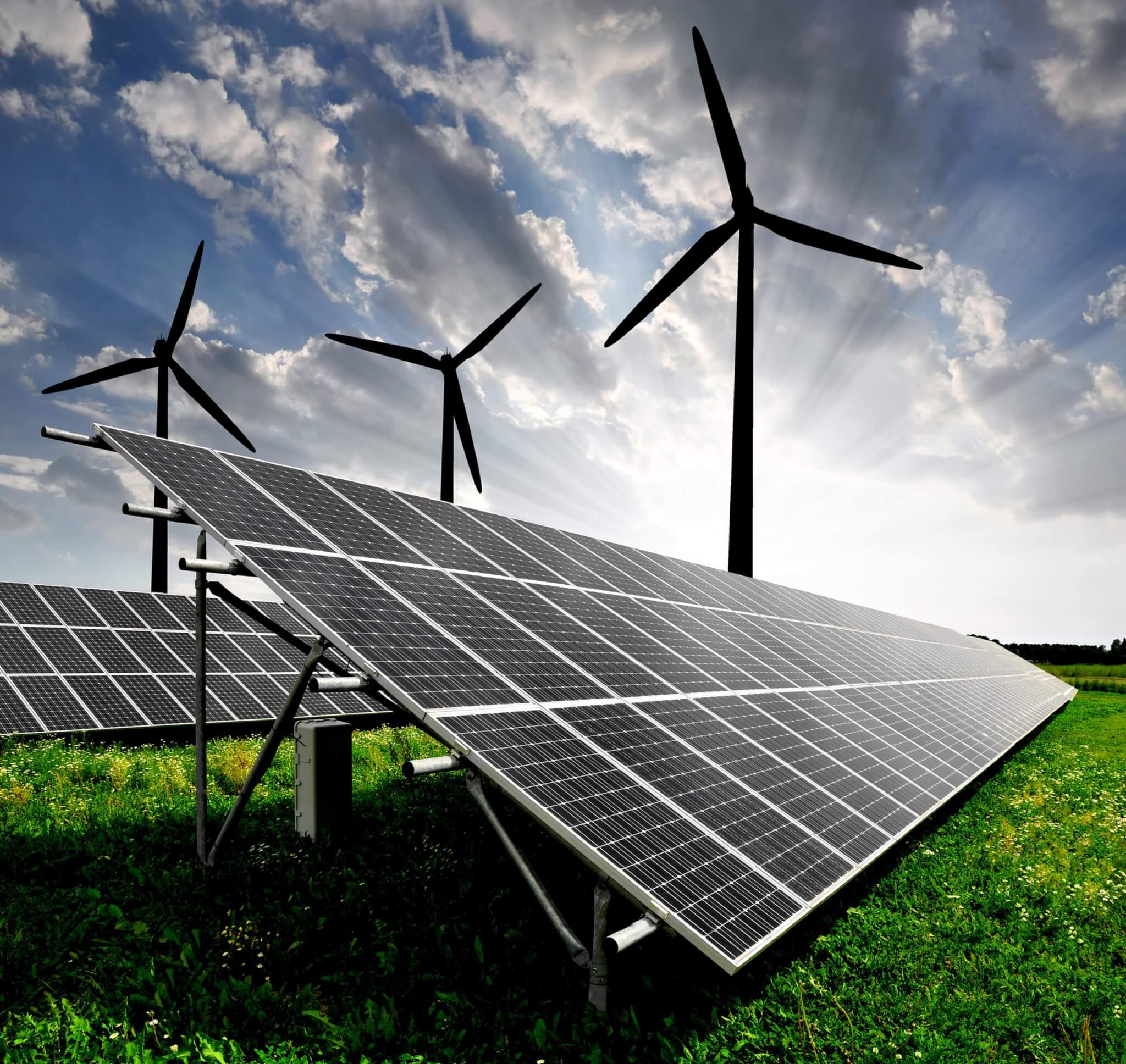 The strategy, due to be officially released today, has however been described as “wholly inadequate” by one of the leading clean energy trade bodies and “ludicrous” by opposition parties.

Nuclear power is one of the main features of the energy security strategy, with plans to build eight new nuclear reactors, to provide 24GW of power by 2050. It has been pointed out though that such a major build programme will take decades to implement, at a time when immediate action is required to mitigate soaring energy costs.

Increased targets for the deployment and use of hydrogen, solar power and an initiative to increase the manufacturing of British heat pumps have been welcomed by the sector, as have plans to increase offshore wind capacity, but very limited support for onshore wind has been expressed, despite overwhelming public support.

There also seems to be a minimal focus on measures to improve the energy efficiency of Britain’s homes and businesses, something that could be implemented immediately to help drive down energy bills.

In stark contrast to existing environmental objectives, the strategy also includes plans for additional North Sea drilling for oil and gas, despite the very recent “now or never” warning issued by the Intergovernmental panel on climate change (IPCC), which highlighted that any new fossil fuel exploration will put the target of limiting global heating to 1.5°C, as per the Paris agreement, out of reach.

A “review of the scientific advice on the safety of fracking” is also planned.

The main points of the energy security strategy are:

“We’re setting out bold plans to scale up and accelerate affordable, clean and secure energy made in Britain, for Britain – from new nuclear to offshore wind – in the decade ahead.”

“This will reduce our dependence on power sources exposed to volatile international prices we cannot control, so we can enjoy greater energy self-sufficiency with cheaper bills.”

“Boris Johnson has completely caved to his own backbenchers and now, ludicrously, his own energy strategy has failed on the sprint we needed on onshore wind and solar – the cheapest, cleanest forms of homegrown power.”

“The Conservatives’ failure to help people cut their bills with an urgent energy insulation programme, the failure to back super-cheap onshore wind and the failure to back properly new technologies like tidal power and hydrogen is a total betrayal of families and pensioners across the UK.”

The energy security strategy has been heavily criticised by key figures from across the renewables, clean energy and environmental sectors – below are some of the reactions:

“The Energy Security Strategy is wholly inadequate. If ever there was a time for the Government to be bold, this was it, but they have failed to rise to the challenge facing the country.

“Of course, we welcome commitments on solar, hydrogen and offshore wind, but the Government’s plans will lock the UK into more expensive, longer to build, non-renewable power sources. It ignores a huge swathe of other renewable technologies and the approach to onshore wind is totally inadequate.

“The Government also needed to turbocharge support for technologies which could tackle the cost of living crisis, and not just focus solely on developments which won’t come to fruition for another 5, 10, 15 years. For example, a £200m increase in the ECO home energy efficiency scheme would have helped thousands of households save around £600 a year on their energy bills. The Treasury’s refusal to offer this support will condemn people to continued financial hardship for the foreseeable future.

“The UK needs to move rapidly to an energy system which is independent, secure and stable – this Strategy will simply not achieve that.”

“This fails as a strategy, as it does not do the most obvious things that would reduce energy demand and protect households from price hikes.

“Delving deeper into the UK’s treasure trove of renewables is the surest path to meeting our energy needs – not the fool’s gold of fossil fuels.

“The acceleration in developing offshore wind is certainly welcome, but Ministers must go further and make the most of the UK’s massive onshore wind resources. Wind turbines are fast to build, popular with the public and could provide cash-strapped households with huge quantities of cheap renewable power.

“Nuclear power is not the solution either. New nuclear power stations would take well over a decade to build and they’re expensive, hazardous and produce waste that will remain highly radioactive for thousands of years. We have been here before, with eight nuclear sites announced in 2010. Over a decade on, the only one under construction is seriously behind schedule and over budget, with a price far above current renewables.”

“Such a criminally wasted opportunity. A new Energy Security Strategy which isn’t strategic & won’t deliver energy security. Nuclear is far too costly & too slow. And there’s a giant hole at heart of the “plan” where mass home insulation should be.”

“Overall, the Prime Minister’s Energy Security Strategy is a missed opportunity to deliver the urgent action needed to end our reliance on fossil fuels. We welcome the increased ambition for offshore wind, hydrogen and solar, but there is a lack of clear action to deliver these targets.”

“We have tools and technologies already available which can radically reduce our energy needs and our carbon emissions now. Energy efficiency measures can deliver immediately in cutting people’s fuel bills and get us on the path to net zero in the longer term. There’s a huge opportunity for a win-win here which the government is passing up.”

“It’s an incomprehensible omission from a new, cleaner energy strategy. I simply cannot understand why the government continues to dismiss hydropower and tidal range – both of which are world beating technologies, and which could power the UK into the future.”

“There isn’t much in this strategy that will deal with the short term energy supply crunch or reduce demand but it’s reassuring to see increased long term targets for wind, solar and low carbon hydrogen.

“The doubling of the target for low carbon hydrogen is particularly interesting as the market will have to be created in less than 10 years from almost a standing start. The UK Hydrogen Strategy published last August shows how much work there is to do in putting the legal and regulatory framework in place – for example, the government still in the process of developing a standard that would define what even qualifies as low carbon hydrogen.”

“Rushing to sign off new fossil fuel licences that’ll take decades to get going would be no help in standing up to Vladimir Putin, and would actively make the climate crisis worse.”

“The Government’s energy security strategy represents a missed opportunity. Instead of focusing on immediate measures to reduce dependence on expensive imported gas, including accelerating the rollout of heat pumps, the strategy focuses on the government’s favoured electricity generating technologies, including those with long lead in times. This will do nothing to address the immediate cost of living and energy crises facing UK consumers.

“We welcome the announcement of a new grant competition for UK heat pump manufacturing and a government information website for heat pumps, but again, this will do little in the short-term to boost heat pump demand, or put the UK on course to delivering the Prime Minister’s target of 600,000 heat pumps per year by 2028.

“We needed to see far greater urgency in today’s announcements, with a clear focus on reducing energy demand in the short-term. We didn’t get it.”

Professor Nick Eyre, Director of the Centre for Research into Energy Demand Solutions and Professor of Energy and Climate Policy at the University of Oxford:

“This week’s IPCC report and UK research both show that energy demand can be halved by 2050, whilst improving our quality of life. Doing this will also make delivering energy security much easier, cheaper and quicker. But the Prime Minister’s ‘Energy Security Strategy’ focusses on expensive and slow supply technologies. It has not been thought through and will fail to deliver what is needed.”

Further clarification is now expected, including how the new energy security strategy aligns with the government’s existing net zero ambitions.