Rush for renewables predicted as a result of energy crisis 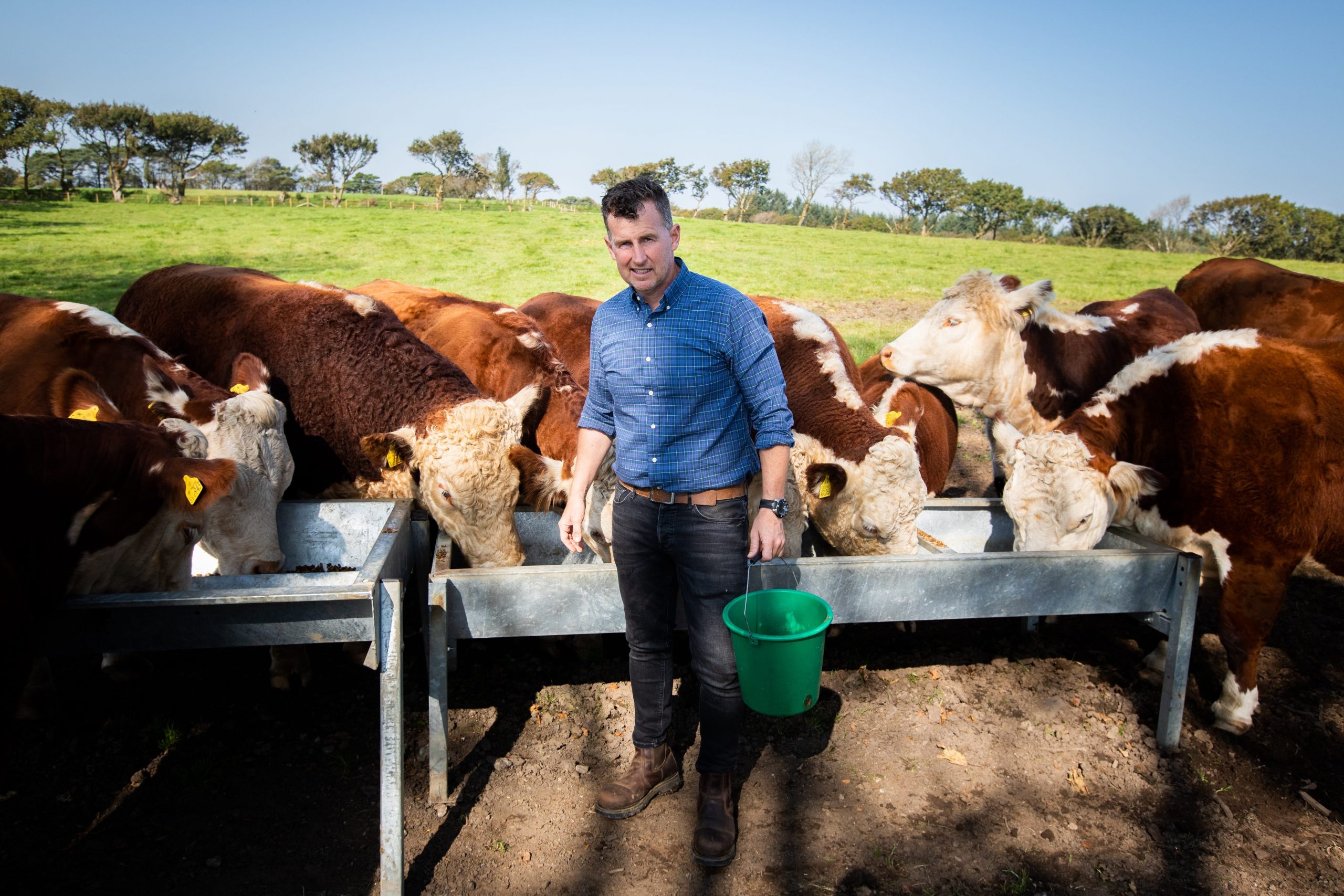 Barclays has teamed up with Nigel Owens MBE (pictured), world-renowned rugby union referee and Welsh cattle farmer, to launch a new campaign to drive awareness amongst consumers on the benefits of helping the food system become carbon net zero. Sustainability Through Agri-Tech will also provide farmers with access to £250 million which is available to support their business to become carbon net-zero through Agri-Tech solutions.

In a survey of 1,000 UK farmers, eight in ten (83 per cent) say that they believe they could be carbon neutral by 2035, five years ahead of the 2040 target set by the National Farmers Union (NFU). One in six (16 per cent) believe that they have already reached this goal, while 65 per cent said they were thinking about how to make their businesses more sustainable in the wake of the pandemic. More than two thirds of respondents (69 per cent) also said that becoming greener will increase their farm’s competitiveness after the UK has left the EU, indicating Brexit could accelerate their transition to becoming carbon neutral.

Barclays has also uncovered a growing appetite among Brits for carbon neutral foods, with research indicating that the average consumer would pay £192.40 per year on top of their shopping basket totals for more sustainable produce. When taking the whole population into account, this totals over £10 billion of additional spend.

When farmers were asked what investments they were making to become more sustainable, over a quarter (26 per cent) said that they had or are planning to improve their waste and slurry management, while 25 per cent had spent or are planning to invest in Agri-Tech to become more efficient. Respondents also suggested that they are or plan to plant more trees and hedgerows (24 per cent), while 22 per cent are or will be investing in solar power and 21 per cent in wind turbines.

Over two-thirds of farmers (68 per cent) said that the UK needs a more resilient food system to cope with rising temperatures, and 66 per cent revealed sustainability and business efficiency to be their farm’s top priorities.

“It’s great we’re starting to talk more about how farmers can further enhance the environment and be part of the climate change solution while keeping the nation fed and healthy, which is especially important at times like this.

I’m a proud owner of 35 Herefordshire cows, and cattle play an important role in the ecosystem when managed properly. Grassland is very good at capturing carbon from out of the atmosphere, and soil is key to carbon sequestration policies, an underrated solution to tackling climate change. I’ll continue to plant more trees and will look into Technologies that can help the farm to become more efficient too.”

The Barclays campaign highlights Agri-Tech as key to helping the industry on its carbon neutral mission, as well as improve productivity. Seventy per cent of farmers surveyed said Agri-Tech could help their business to become more sustainable and efficient, while nearly two thirds (65 per cent) said it would enable them to produce more food.

“There’s already a huge amount of work going on across farming enterprises of all types so their businesses can reach the carbon net zero goal by 2040. It’s also encouraging to see consumers willing to pay for carbon neutral foods, as we all consider our role in helping the industry become carbon neutral from farm to fork.

Without doubt, investment in Technologies will play a part in businesses becoming carbon neutral, but it’s important that we continue to support the sector in the supply chain, both as an industry and with Government policy. We also know that two-thirds (67 per cent) of farmers want access to further financial support from their bank to invest in this type of technology, with the same number believing it will increase job opportunities and will dramatically change the type of skills the sector requires over the coming years.

Our research shows the average farmer set to invest £195,602 over the next decade to achieve greater efficiency and become more sustainable. That’s why we have made available £250 million and with our team of agricultural relationship managers we can help to advice on investments and their carbon net zero ambitions.”

“We use a wide variety of Tech on our farm – from robots to milk our cows, backscratchers and automatic yard scrapers to keep them healthy and happy, to automated feeding systems and motion sensors which use algorithms to monitor their health. Happier cows are healthier cows and the technology we are using on our farm means they produce more milk, so that’s good for business.

“We have plans to become carbon net zero through planting trees, installing solar panels and hopefully investing in an anaerobic digester, but farms like ours do need help to achieve this. Farming more efficiently and more sustainably will ultimately help all aspects of farm business and life and Technology will always be able to improve how we operate.”

More information on how farmers apply to the £250 million available can be found at: www.barclays.co.uk/agriculture-sustainability.