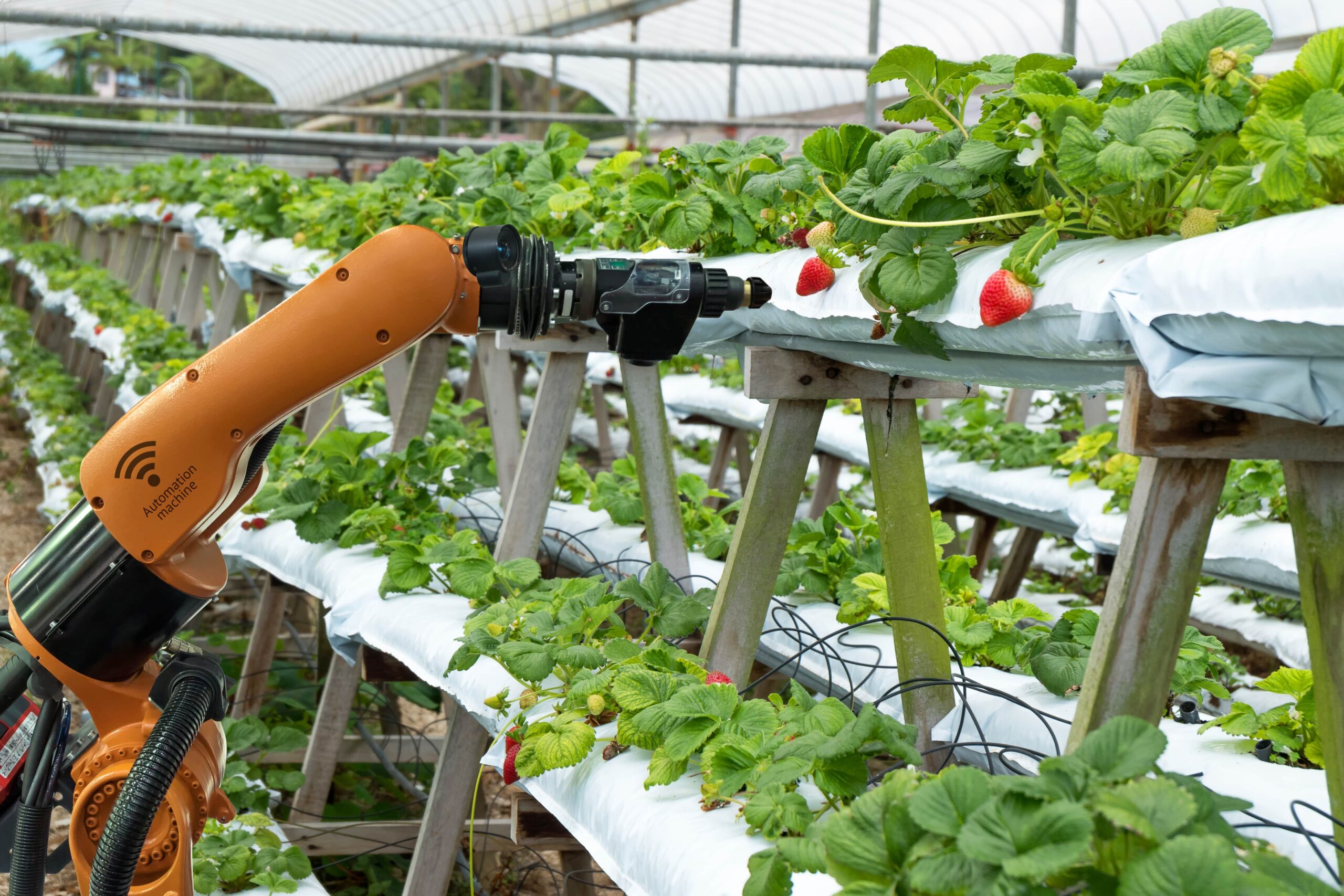 An innovative project in Nottingham that converts carbon dioxide into clean animal feed is 1 of 9 pioneering agricultural technology projects set to benefit from £24 million of government funding.

Nottingham-based consortium REACT-FIRST will receive over £2 million to generate clean, sustainable food for fish and poultry with an up to 75% smaller carbon footprint. Led by Nottingham company Deep Branch Biotechnology, the project will use its unique technology to turn carbon dioxide from Drax Power’s Selby power station into animal food with minimal water usage and without the need for arable farmland.

The funding will allow the consortium to provide a greener alternative to soy and fishmeal for the animal industry, enabling industries that traditionally create higher levels of waste, such as agriculture, to contribute to a cleaner environment.

The project will work with leading retailer Sainsbury’s as well as the Scottish Aquaculture Innovation Centre to integrate into the fish and poultry supply chain, helping to ensure that industry demand is met.

It is 1 of 9 projects benefitting from a £24 million package from the UK government, which are applying big data, artificial intelligence and robotics to UK farming, with the aim of establishing a more efficient system of food production that cuts costs and reduces greenhouse gas emissions.

“From robotics assisting our farmers in fruit picking, to technology that converts CO2 to clean animal feed, the incredible projects we are backing today represent the future of farming.

Working with the best of British science, we are turning our most creative ideas into pioneering projects that will accelerate our transition to net zero food production, boost jobs and drive forward the UK’s economic recovery.”

Other projects receiving funding include the world’s first Autonomous Growing System (AGS), led by Optimal Labs in London, which will receive over £2 million to provide autonomous technology that controls climate, irrigation and lighting, enabling any crop variety to be grown in any location. It is reported that this will significantly increase production levels and resource-efficiency in existing UK greenhouses, helping to protect the UK’s food system against climate change and population growth.

A further project led by Saga Robotics in Lincoln will receive nearly £2.5 million to perform the largest known global demonstration of robotics and autonomous technologies on a farm. The robots will assist farmers by carrying out essential, energy intensive physical farm processes such as picking and packing fruit and treating crops to reduce critical pests and diseases, helping to provide a more efficient food supply at a cheaper cost.

“It’s great to see investment in these outstanding ideas which will help us tackle the farming industry’s greatest challenges, from achieving net zero emissions to investing in sustainable alternative protein for animal feed. Farming has never before been at the centre of such exciting and forward looking innovations.”

The investment in new resource efficient, low-emission production systems is part of the government’s commitment to boost spending on research and development to £22 billion by 2024 to 2025. It follows the publication earlier this month of the government’s ambitious R&D Roadmap, announced by the Business Secretary, setting out plans to establish the UK as a science superpower.